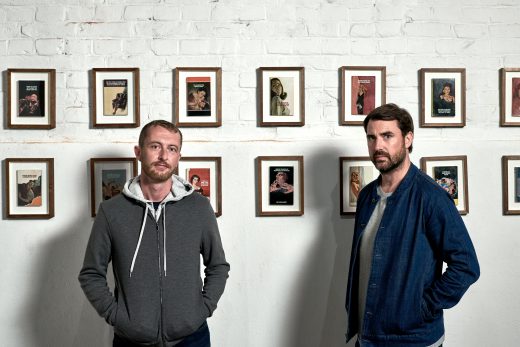 The prize is a just-launched limited edition signed silkscreen print by the artists, as well as a night’s stay for two in The Connor Brother’s themed Grand Suite at Artist Residence London –  one of the city’s most coveted hotel rooms. 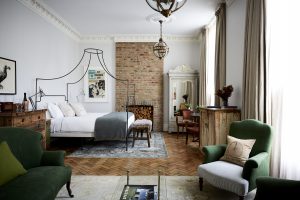 Print sold out in minutes

Titled ‘I Can Resist Everything Except Temptation’, The Connor Brothers print is one of a limited edition of 30 which sold out within minutes of being released yesterday evening (12 May 19). It follows The Connor Brothers signature style of retro inspired imagery overlaid with text. 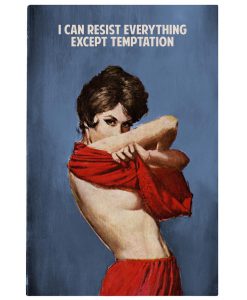 The British art duo, otherwise known as James Golding and Mike Snelle, have exhibited worldwide, including with the V&A and at Banksy’s Dismaland. Their last print release for CALM sold out in just three minutes, due to the increasing demand for their work from art fans and collectors.

A cause close to heart

Supporting an issue close to their hearts, both Golding and Snelle have become ambassadors for men’s mental health, helping to raise awareness of male suicide, addiction and depression.

Personal experience has shaped The Connor Brothers’ work and the new print is no exception. The title and text within the print, ‘I Can Resist Everything Except Temptation’ is an Oscar Wilde quote.

Golding reveals it has personal significance for him in particular. He said, “For years I was a heroin addict and I whenever I read that quote it reminds me of that time, and the fact that addiction is a mental health problem. We want to continue to encourage an open dialogue about suicide, addiction and mental health. CALM does incredible lifesaving work and a part of that is it’s work to bring the conversation into public consciousness in order to reduce the stigma associated with mental health problems.”

Suicide is the single biggest killer of men aged under-45. In 2016, 76% of all suicides in the UK were male. The Connor Brothers join high profile figures and celebrities including The Prince of Cambridge, Professor Green, Rio Ferdinand and Roman Kemp who are working with CALM to help drive conversation and change attitudes towards men’s mental health.

Get involved and good luck!

Open to UK residents over the age of 18, the online lottery is live until Wednesday 29 May 2019 at 9pm. The winner will be announced immediately after the lottery ends and contacted via email.

Tickets are £10 each, with all proceeds donated to CALM. To enter https://www.artistresidence.co.uk/events/win-a-limited-edition-connor-brothers-print-night-in-the-grand-suite/